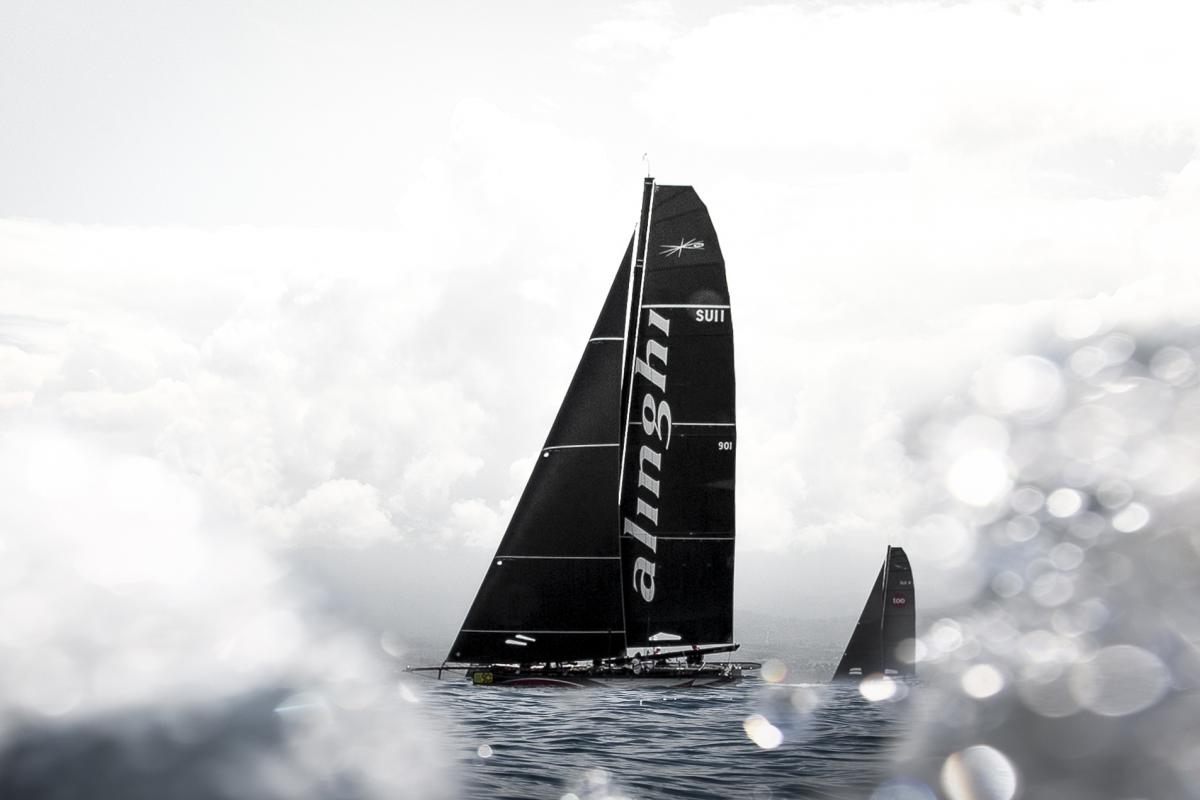 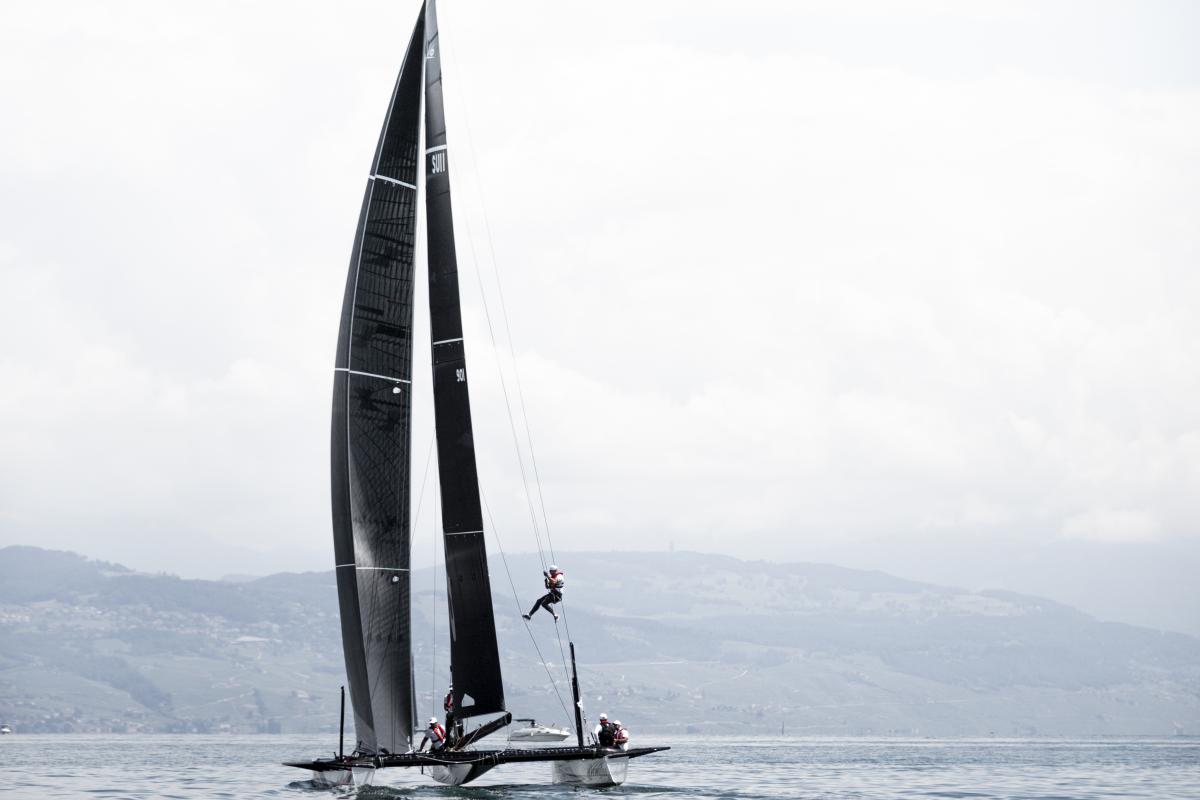 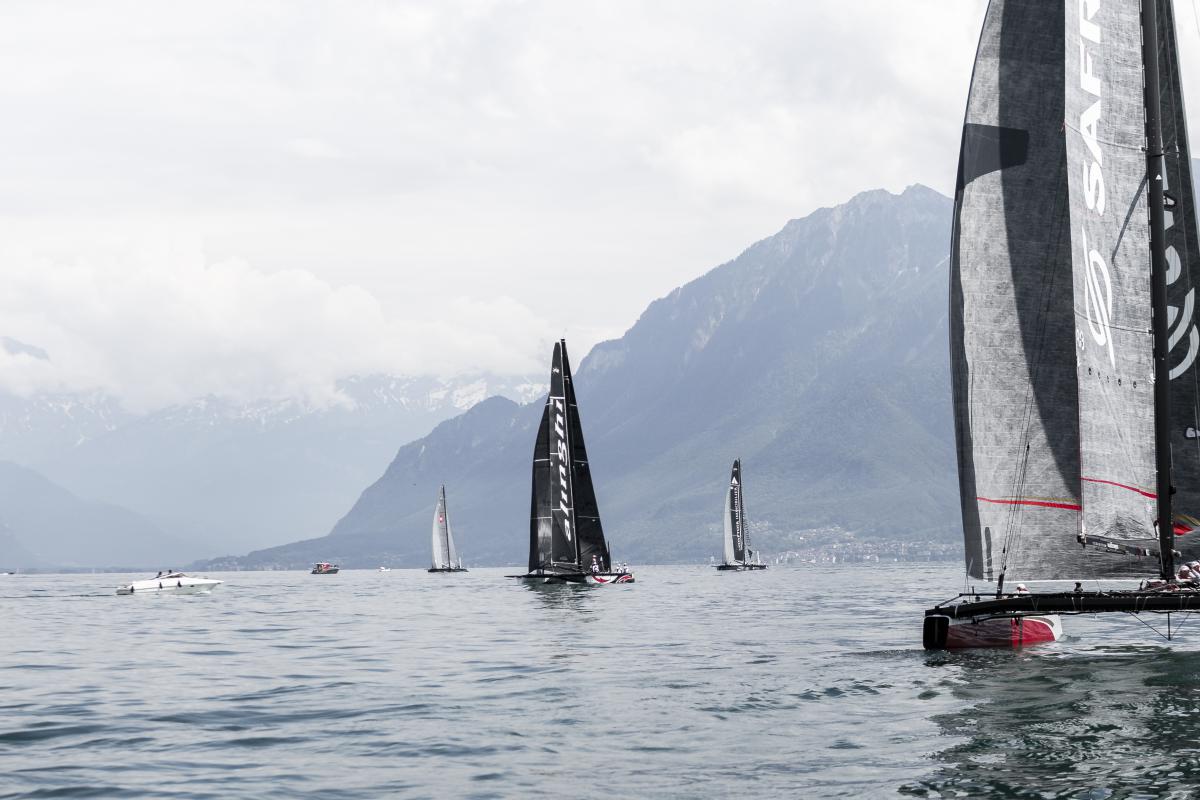 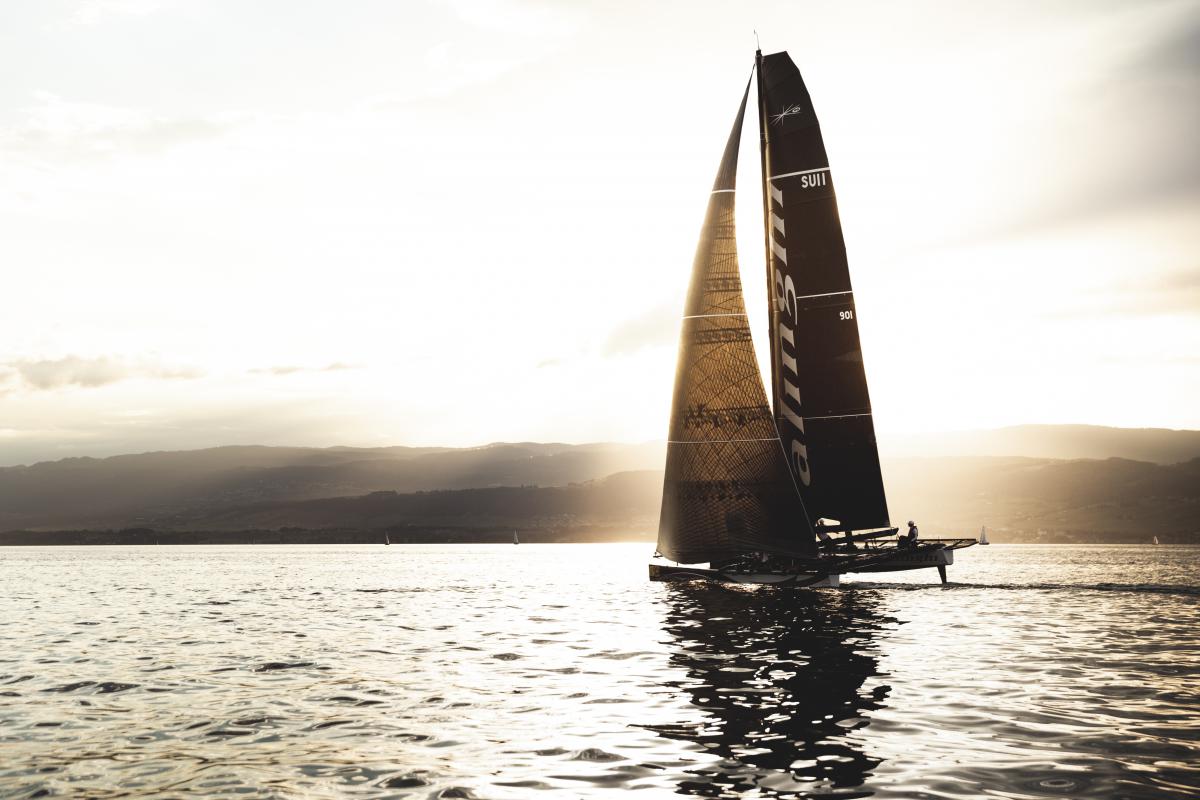 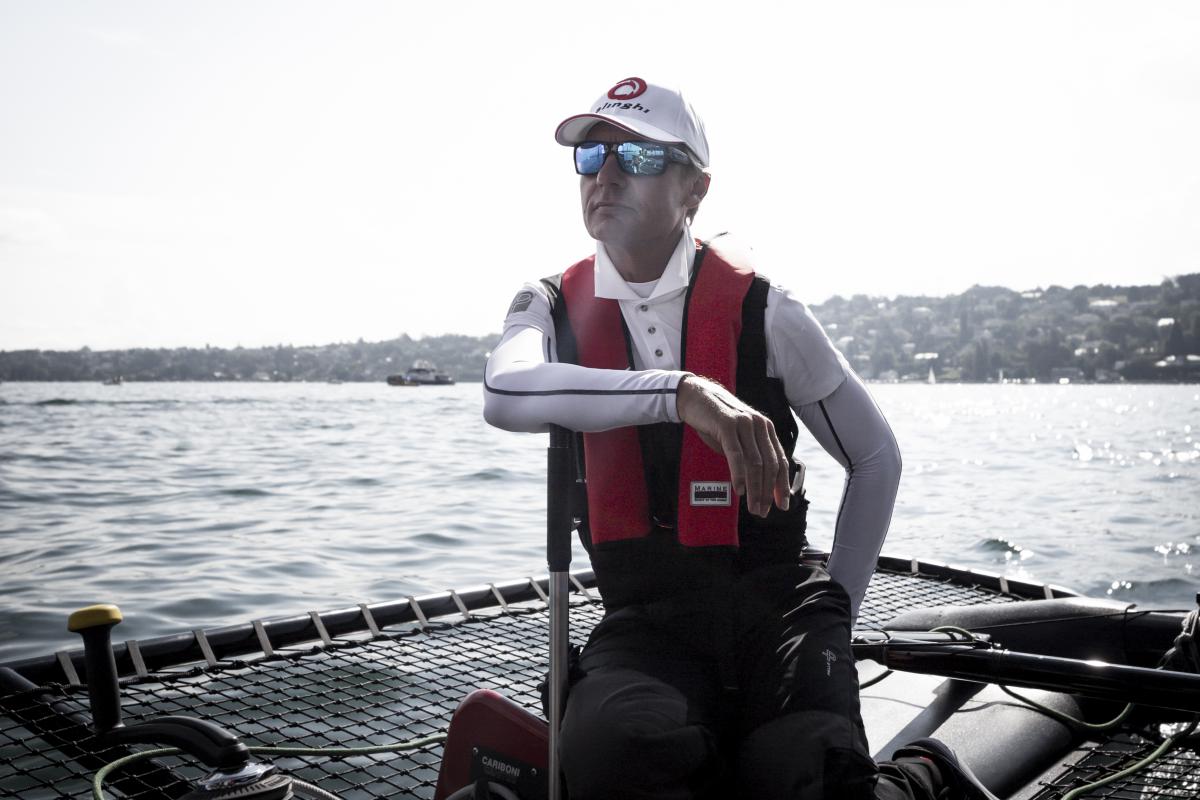 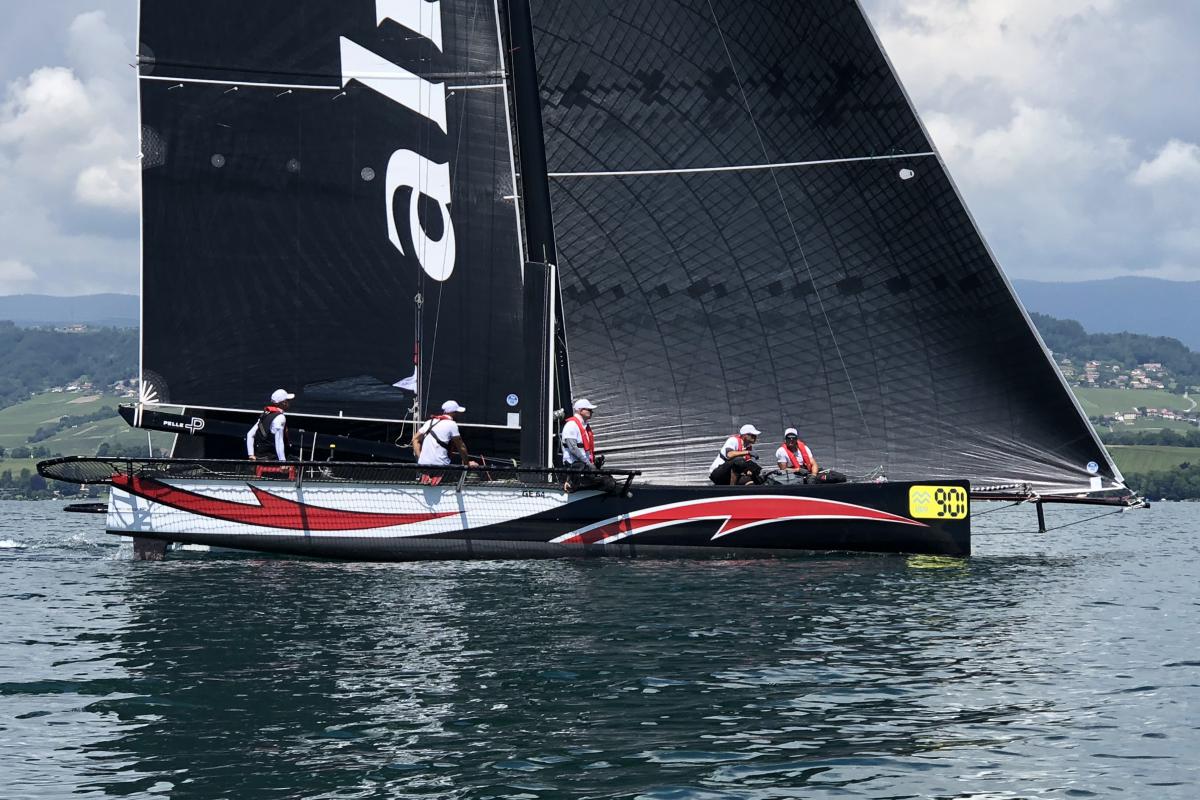 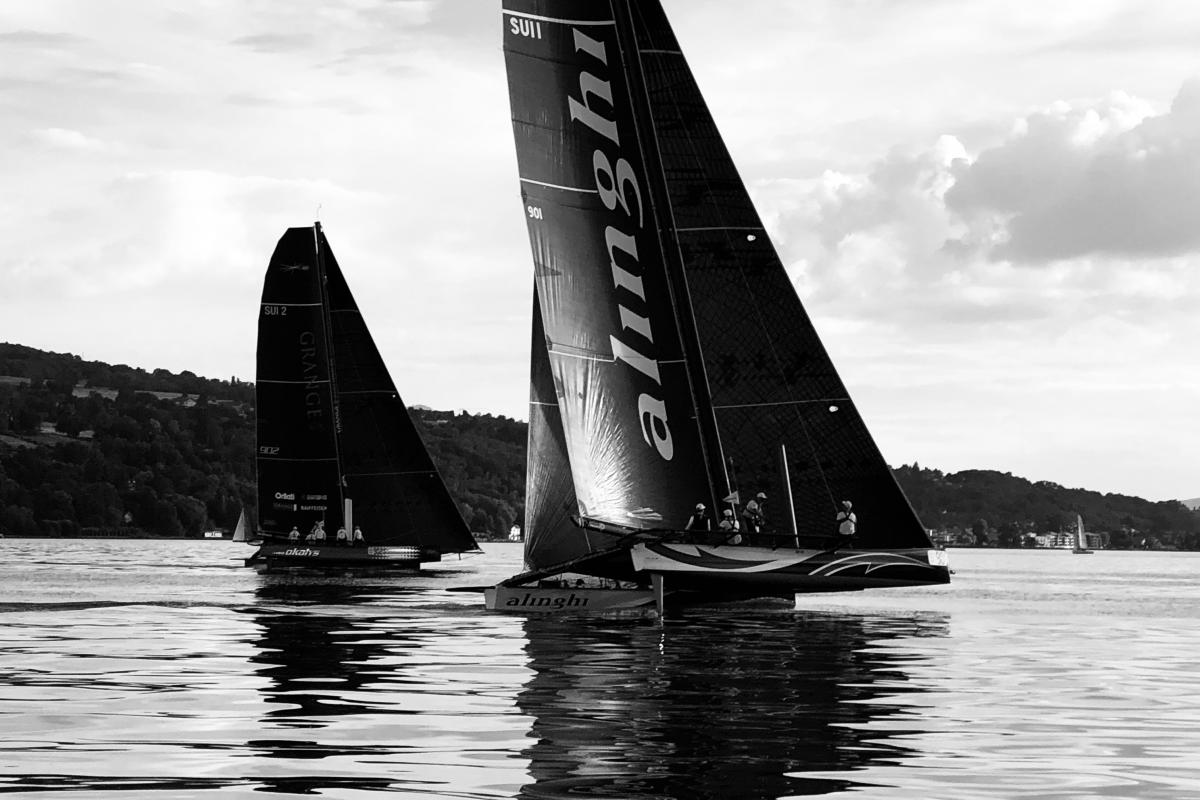 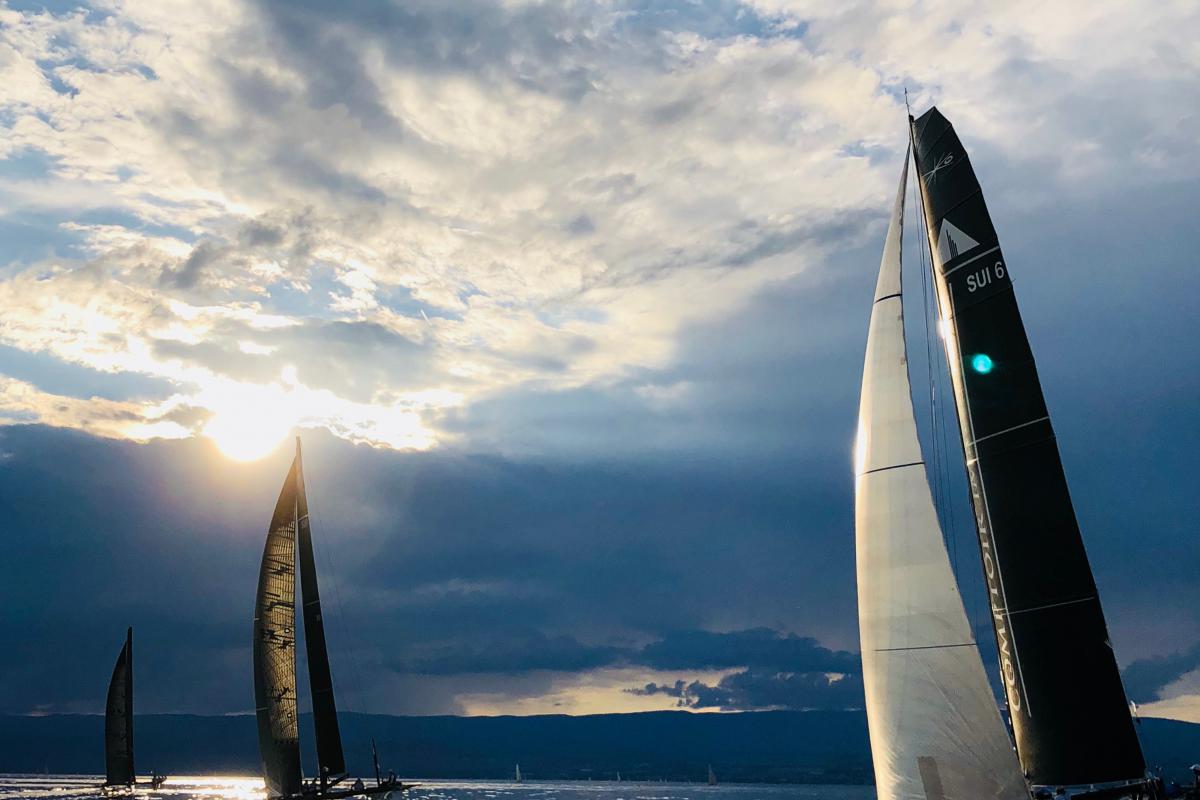 Just before the start, some had predicted a possible arrival of around midnight. And as it transpired it was just minutes after that, that four D35s were to be found at an almost equal position between the 'entry mark' and the finish line in front of the SNG...but without any wind! Time passes until...it is finally Mobimo who pocket the 80th Bol d'Or Mirabaud, which was launched at 10am Saturday morning for 543 competitors. They finished ahead of Okalys Youth Project, Ylliam-Comptoir Immobilier, and Alinghi in 4th.

After being at the forefront for a long time, even the 137 cumulative entries of Alinghi's crew in the Bol d'Or over the years were not enough to make the final difference (25th for Ernesto, 38th for Pierre-Yves, 17th for Arnaud, 7th for Nicolas, 20th for Nils et 30th for Yves). After 14 hours of racing, the victory came down to just the last few metres. But, in the opinion of all, even the winner, luck plays as well its part in these type of races, especially with very light wind conditions. The team is obviously a little disappointed after crossing the line".

Nils Frei, headsail trimmer said: "It was a super- classic Bol d'Or, with some séchard and rebat breezes, the transitions between, the lulls...but you also need a bit of luck, otherwise you can't win. We sailed a good race, but it ended like a true Bol".

Nicolas Charbonnier, tactician: "It's more fun when there is a strong wind and it ends at 4 or 5 o'clock in the afternoon, but it was a beautiful regatta. We had a very classic Bol with well-known Lake Geneva conditions and a mixed classification just before the finish line. There are years when the start is very important. Boats escape and we do not see them anymore. This year, the boats have come back from the Bouveret.
To stay focused on the long-term? It's not a problem, I do not look at my watch. We were so caught up in the race that we didn't notice time pass!"

Pierre-Yves Jorand, team manager and floater for this race said: "It was a race where there was lots of overtaking, lots of changes of the leaders, and so it was necessary to refocus often. Like when you're sailing in a Grand Prix actually. It was necessary to look for the right trajectories, the favourable positions, to know how to change our sailing modes. The return to Geneva was not easy. It was building a little behind, and at the entrance to the petit lac there were not many wind signals left. Mobimo pulled-off an incredible comeback and took the lead at the entry mark, few meters away from the finish. We believed until the end, but just missed out on a last pressure to cross the finish line ahead of our rivals."

The team will see you in Barcelona this Thursday, June 14 for the next Act of the Extreme Sailing Series in the foiling GC32s.

Click here for all the rankings of the Bol d'Or Mirabaud 2018.